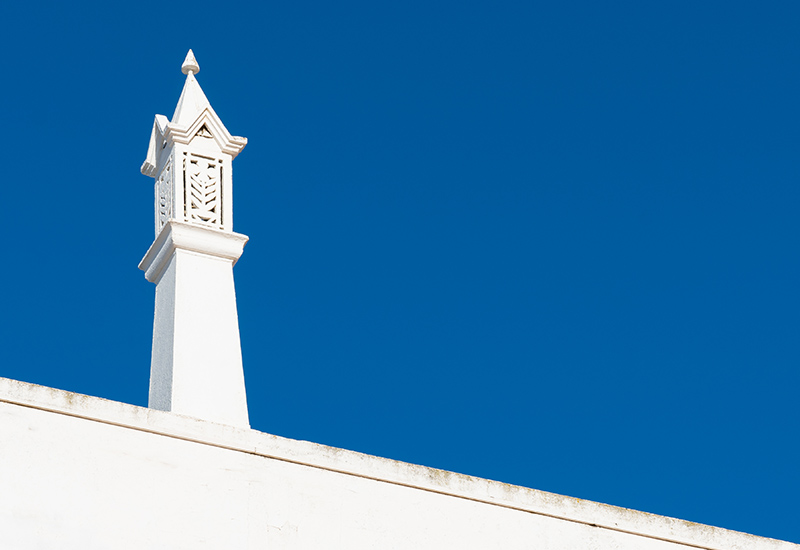 Origins of the Algarvian Chimney

The Algarvian chimney, or Chaminé Algarvia in Portuguese, has become the mascot of our region, crowning the rooftops of cottages, mansions, palaces and even police stations. From the town of Vila Real de Santo António by the Spanish border to the windswept cliffs of Cape St. Vincent, this iconic structure signals that you have arrived in the Algarve, but one question remains, where did they originate?

Portugal is known for the Roman and Moorish influence, which swept across Europe over one thousand years ago, but contrary to common myth, these iconic chimneys aren’t of Islamic origin at all. Although the name “Algarve” derives from the Arabic word “al-Gharb”, meaning “the west,” chimneys never actually appeared in Arabian architecture. In fact, the chimneys that this beautiful region is known for only became fashionable during the Baroque period in the 17th and 18th centuries.

Under the reigns of King João V and José I, imports of gold and diamonds increased throughout this period, known as Royal Absolutism. It was this wealth that allowed the Portuguese Baroque style to flourish across the country.

Many of Portugal’s best-loved cathedrals, townhouses and mansions were built during this part of Portugal’s long and varied history. It was common for the wealthy to tile their homes on the outside as a statement of their success. However, it wasn’t just ornate tiles, cathedrals and grand mansions that evolved during this era. This era saw the evolution of the Algarvian chimney, which grew in popularity as yet another symbol of status and wealth.

It is believed that stone masons would ask their customers, “how many days of chimney do you want?” Depending on how many days of work you ordered, the more elaborate the chimney would be, meaning one could distinguish the status of a family just by looking at their chimney.

Over the centuries, the typical Algarvian chimney became more affordable due to mass production. As plain whitewashed houses were the norm for the average family, the chimney would become the main feature of any home, adding a little flare to what would otherwise be a rather basic dwelling.

In Monchique, they proudly have their own adaptation of the typical chimney in the form of a large hexagonal cylinder. To some, this may seem over the top or out of place, but rest assured, there is a practical reason behind this outlandish design. The Monchiquense chimney is traditionally much larger than others in the Algarve to suit the large fireplaces that stretched the entire length of the kitchen. These were used for heating, cooking, even doubling up as a smokehouse to cure sausages and meats, for which the area was (and still is) known. Often appearing larger at the base with a hexagonal top, this would allow for the smoke to circulate as part of the curing process. This chimney has become a symbol of the region.

It was always locally known that the former restaurant Rouxinol, on the main road to Monchique, had the largest fireplace in the Algarve. However, what is believed to be the oldest known chimney in the Algarve is situated in Porches. The chimney tops a traditional cottage belonging to the parish church that dates back to 1713 and is in pristine condition, considering its age. Back in 2016, the parish council of Porches made provisions to protect the Algarve’s oldest chimney, located near the acclaimed O Leão Restaurant, from a reconstruction project and to preserve it for future generations as part of the region’s cultural history. Just a stone’s throw away from the historic chimney on the aptly named Rua da Chaminé is another dating back to 1793 above the parish museum, which has been dubbed the “Doll chimney” in reference to the doll-like figure carved into its base.

Although not in the Algarve, one pair of chimneys which are arguably the most famous of them all are the two thirty-three metre tall chimneys of the National Palace of Sintra. This structure once served as the palace kitchen and was built by King João I to accommodate the many game banquets that were a frequent event in the royal calendar. Towering over Sintra’s Old Town, they have become a symbol of the town that some have nicknamed “the Portuguese Riviera.”

Today’s outlook on the typical chimney is much different to the opinions of the past. It feels reassuring to know that the Algarvian chimney has evolved into a symbol of this tranquil region, representing us all as a whole rather than separating us by class and wealth. 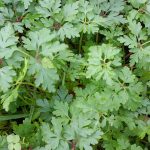 Herb Robert nice to meet you! 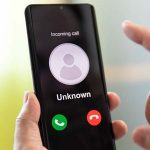 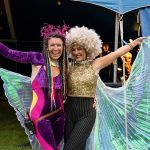 Soul Food – Calm within the Chaos 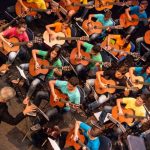 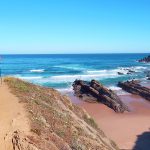 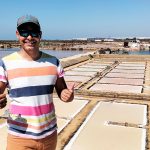